Memeperial Analytica has covertly been investigating the sinister practises of Imperial College London from the sidelines for the past 6 months. Today, we lift the lid on a secret conspiracy by university. A conspiracy that would sell-out the university in order to strike a more favourable trade agreement with the United States.

Read on to understand the three-pronged approach with which we come to this shocking conclusion.

If you can’t be bothered with it all, skip ahead to the Conclusion.

In late September 2018, Imperial and MIT announced a new student exchange programme. Designed to increase collaboration between the UK and US’s respective nerd centres, we theorise there are more sinister forces at play.

The British Consul General to New England heralded this partnership as a “flagship university exchange collaboration”.

We’ve seen this grow into a monumental exchange. This collaboration has been on everyone’s lips as an example of a flagship university collaboration.

If one harkens back to 1946, you may remember Winston Churchill first using the phrase “Special Relationship” to describe the US-UK relations. Imperial and MIT are a great example of this, collaborating together for over 8 decades and co-authoring over 1,200 papers in the past 5 years alone.

It stands to reason, then, that Imperial would seek to leverage the “Special Relationship” in tandem with this “flagship university collaboration” as an way to attain extra favourability with both US and UK governments in potential trade talks.

On the week beginning October 21st, rumours have been flying about various medic sports team catching Mumps through a number of anonymous posts on Imperial College Exposed (ICE). 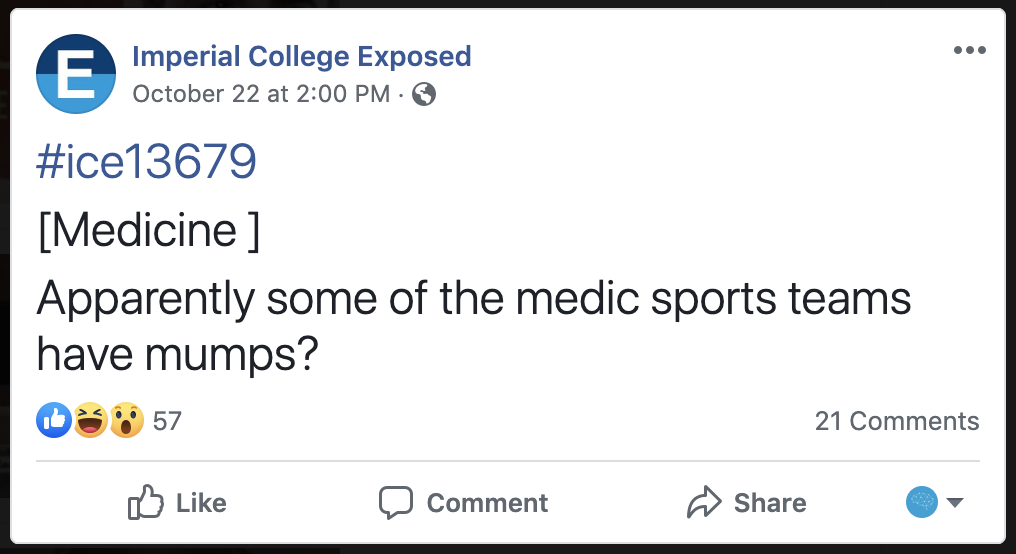 On October 24th, Dr Sarah Freedman of the Imperial College Health Centre sent out an email confirming the rumours.

There have been reports of a small number of possible cases of mumps in the medical school student community.

Now, it’s well-known what a joke the US attitude to healthcare is. Big corporations have done a great job of monopolising drugs and lobbying lawmakers to make their shady practises legal, and jacking up prices to make record profits year-on-year.

The logic is simple. Imperial does a great deal of medical research, and medical research costs money. But, keeping successful research to oneself or selling patents to private firms could bring in a shit ton of money. Imperial loves money.

The final ingredient in this conspiracy is a sick patient to sell drugs to for extortionate sums. Cue, a mumps outbreak suspiciously originating in the very faculty that stands to profit from such a scenario…

Just over two weeks ago, an Imperial student found themselves on the receiving end of the world’s filthiest excuse for a pizza in FiveSixEight. The “pizza” was so bad that just a photo of it reached the top of /r/shittyfoodporn with almost 8,000 upvotes!

As Memeperial have pointed out, the comments were not too kind. 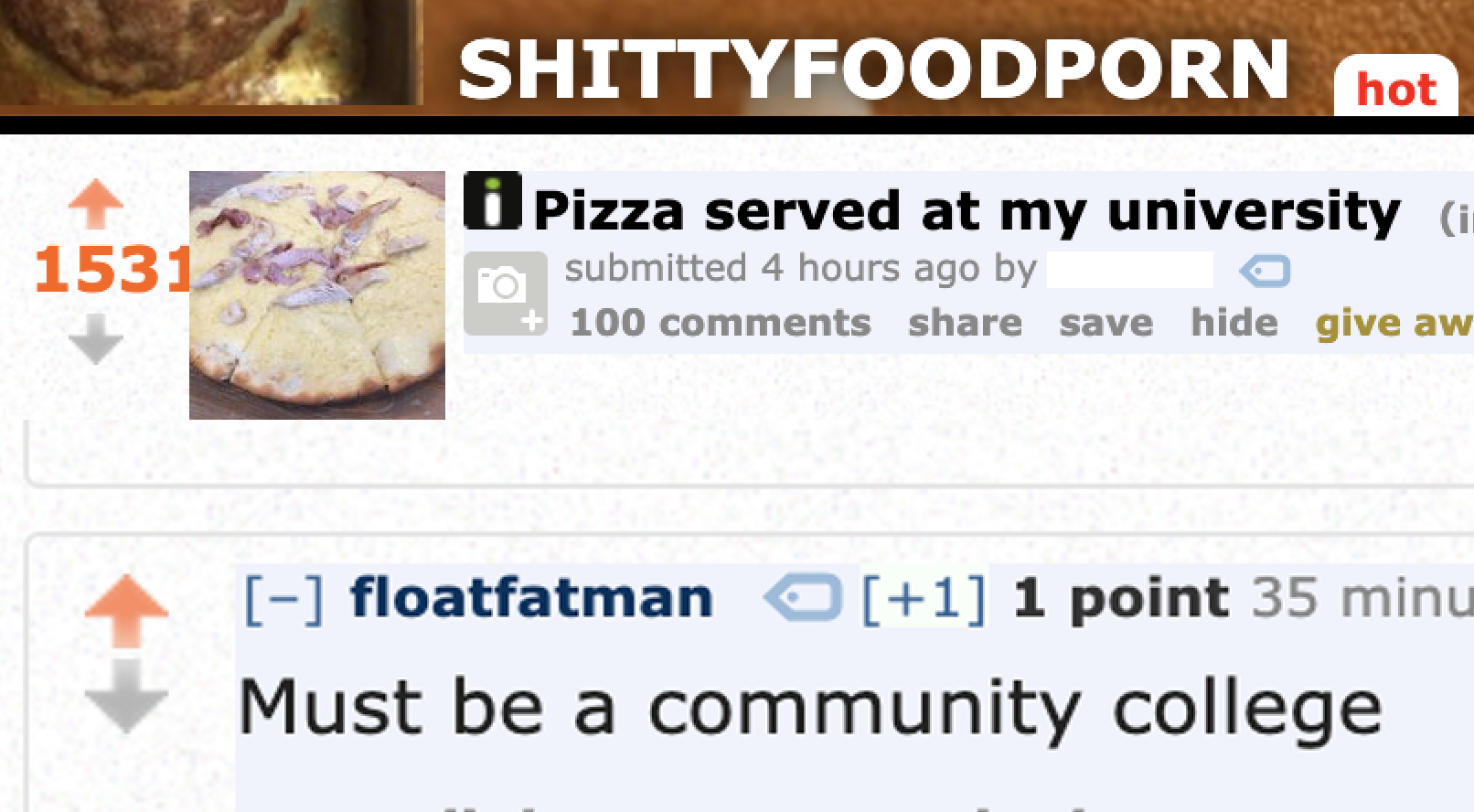 The timing of Pizza-gate is an incredible red herring. The proximity to Mump-gate may lead many to think that this incident led directly to the outbreak, but we at Memeperial Analytica believe this to be the sort of cunning tactics that Imperial would employ.

Furthermore, involving Imperial College Union in the conspiracy provides another level of misdirection. A strained relationship in public is nothing more than a facade, an avenue by which back door agreements can be found.

The very fact that nobody can point to why the Union would be involved in such a plot, is exactly why this is a cornerstone of the wider sell-out-for-trade-agreement conspiracy.

Digging into the reddit post, we found that the original poster is none other a former Imperial college student.

We theorise that there is a magic money trail starting from Imperial College, coursing through various shell corporations, and ending with /u/boweruk.

As we all know, the UK currently has significantly higher food standards than our friends across the pond thanks in part to EU regulations and not entirely selling out to large corporations yet. Part of any US trade deal will probably involve giving up these standards in an attempt to lure the US market to UK shores.

Pizza-gate became so artificially viral that merely searching for “pizza served at my university reddit” yields the /r/shittyfoodporn post as the top result.

This can not be a coincidence.

Clearly, pizza-gate is nothing more than a false flag operation to show how far the College and the Union are willing to go in the name of international relations. 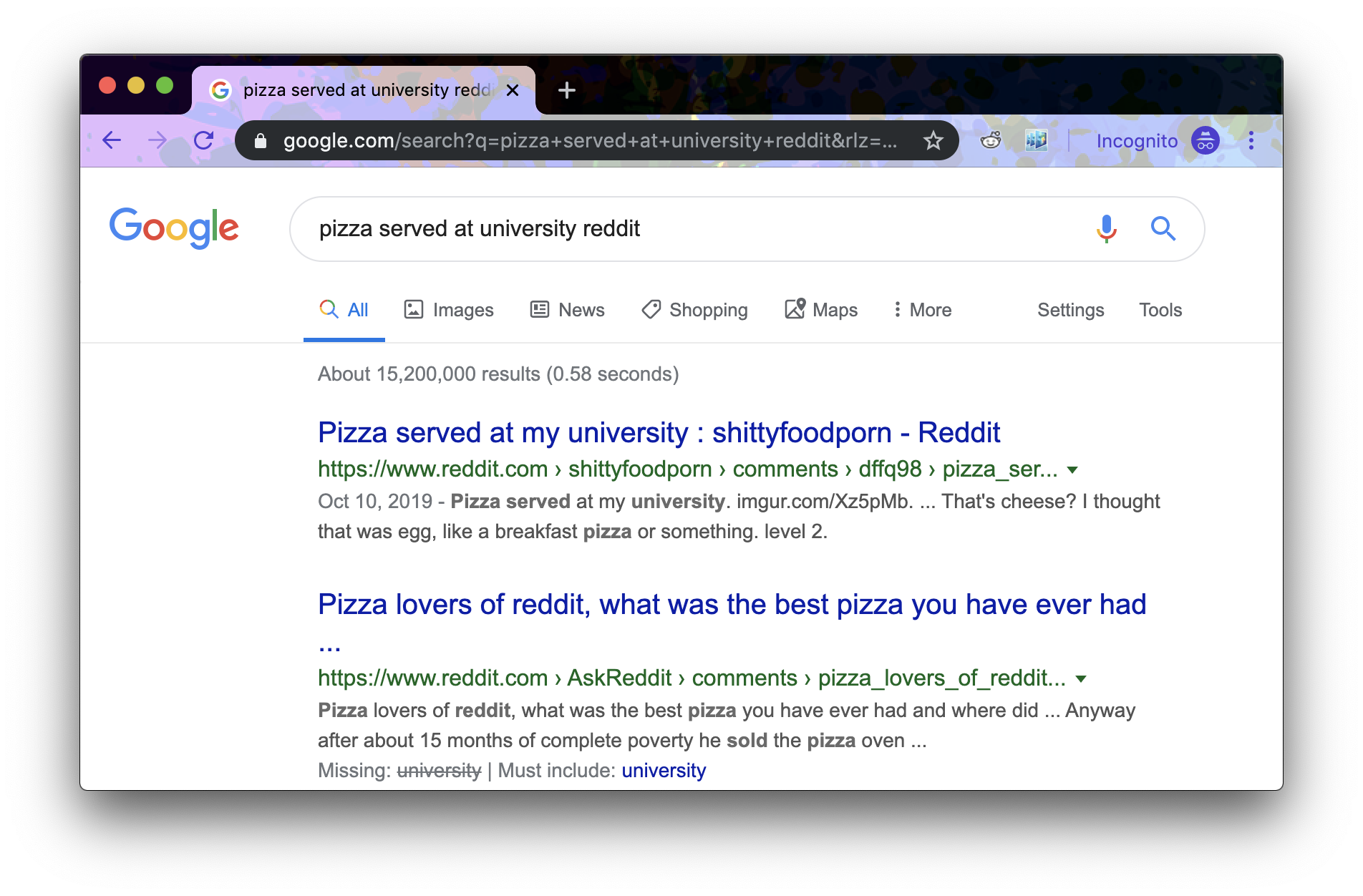 Memeperial Analytica comes to the conclusion that Imperial College are conspiring to gain favourable terms in a future trade agreement with the US.

We believe they are doing this by:

If you do not hear from this page 24 hours after this post goes live, then you will know what we are speaking is the truth.